From starting without nothing

After over two years of not being able to visit Maiti Nepal shelters due to the covid pandemic, finally this February 2022, we made our way there. Of course, we received a warm welcome. 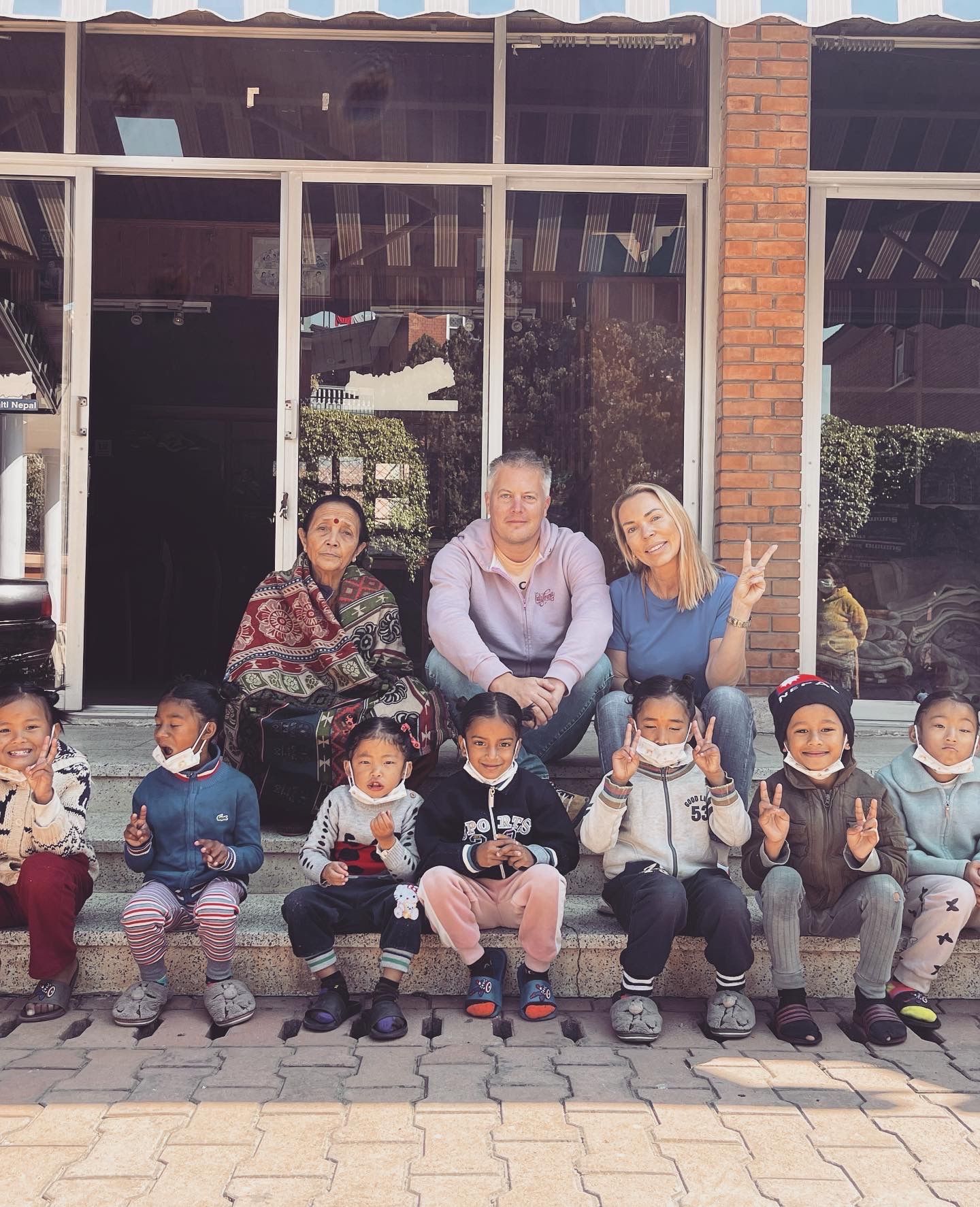 The women and children had isolated themselves over the pandemic and everyone was kept safe. Everyone has received the vaccination of two doses so far.

One place especially close to my heart is Maiti Nepal hospice, where the HIV + women and other women that have been heavily affected by trafficking traumas reside. We always take a day to go out to visit them. We have lunch together and after lunch enjoys a few hours of dance, games and other fun. As they grow a lot of their own vegetables and rice, we brought them two hens and two roosters and before we left, the first egg already hatched.

Many of you may wonder what becomes of the orphans growing up at Maiti Nepal once they become adults. Anuradha introduced me to several of them and over the years I have had the privilege to meet up and stay in touch with them in their day to day life. One evening during my stay, we arranged to go out for a catch up over dinner. It warms my heart to see them all together talking about their jobs and studies. A few nurses, studying to become doctors, a dance choreographer, teachers, social workers, accountants and IT technicians. Some study accounting and work in a bank. All different journey’s in life and in the right direction. From starting without nothing Maiti Nepal have given them this future but they have also taken this chance full-on and worked so hard along the way.

They know the importance of education and that university education is a privilege in Nepal. 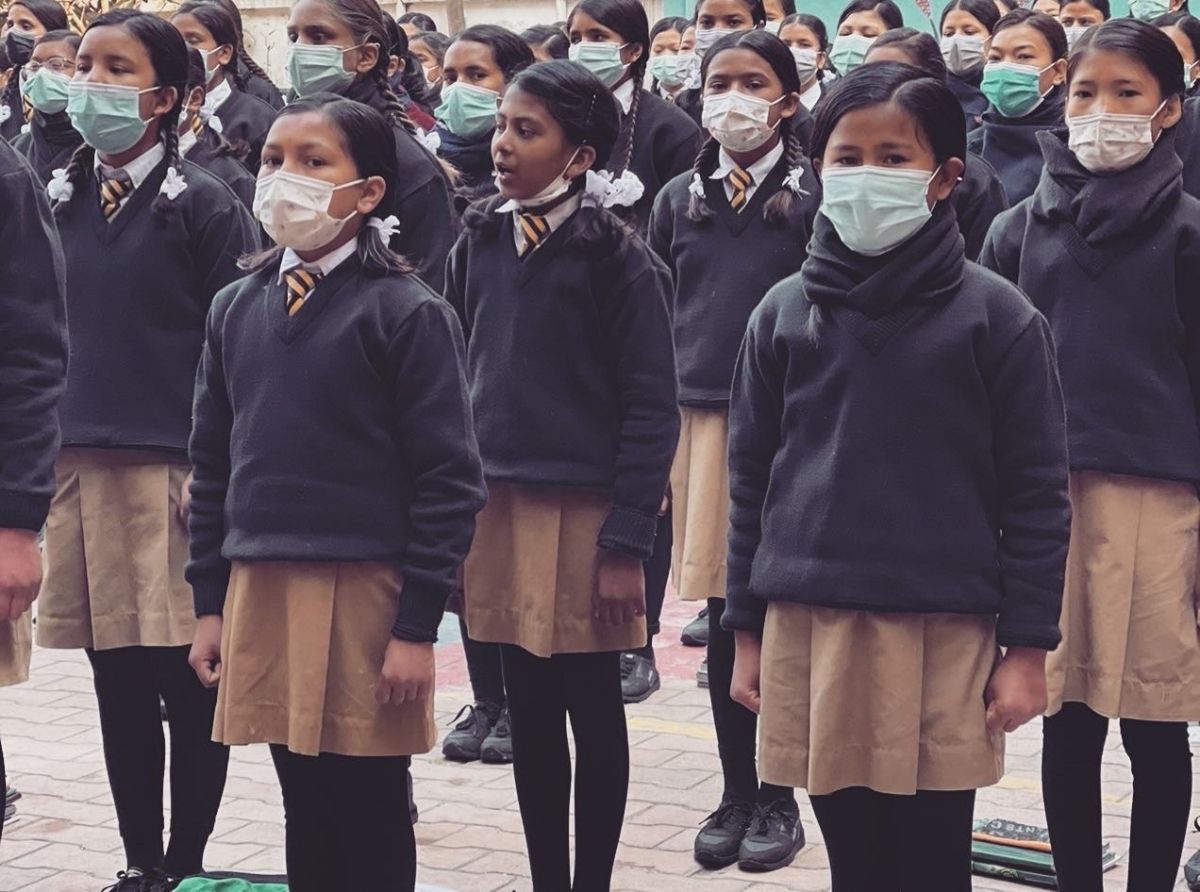 This visit we were invited to visit GATE college- Global Academy of Tourism and Hospitality Education, affiliated with Ecole Hôtelier Lausanne. The reason for my visit to GATE is that Maiti Homes are sponsoring one student from Maiti Nepal through this college. Akash is one of the orphans that lived all his life at Maiti Nepal and his dream is to become a chef. When he graduated from Teresa Academy he studied for 2 further years at a college outside of Maiti Nepal and supported those studies by working full time at the luxury 5 star Hotel Yak & Yeti in Kathmandu as an assistant chef. During one of my visits, I visited him at work and it became clear to me, how badly he wanted to become a chef and work in the hotel industry. That is when we decided to help him enter GATE college to pursue his dream.

Visiting Gate, I was blown away by the level of education they offer and how united they are with their affiliate school in Lausanne- the world's most renowned hospitality school.

It is so exciting and rewarding to follow Akash on his journey. 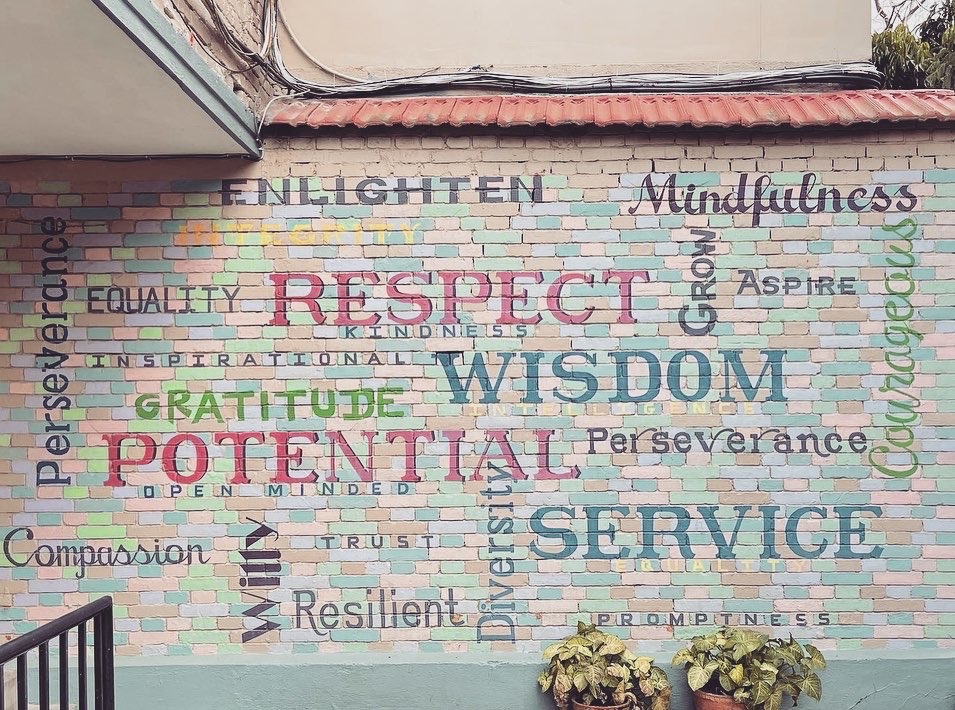 Maiti Nepal´s Teresa Academy had just opened up its doors for the children, none residents of the shelter, to return to school after the pandemic and we joined for a day in class. As the money we have raised in Marbella for the last 3 years has been paying for the full running of the Teresa Academy, this is a project very close to my heart. It is always as impressive to see the high standard of education Teresa Academy offers. All classes are given in British except for the Nepalese language class obviously. The level of science and maths in classes 10 and 11 is excellent. The children are also very good at sports activities and 2 days a week they have classes in karate in the schoolyard in the afternoon. A few of the girls have won medals in competitions around Nepal. 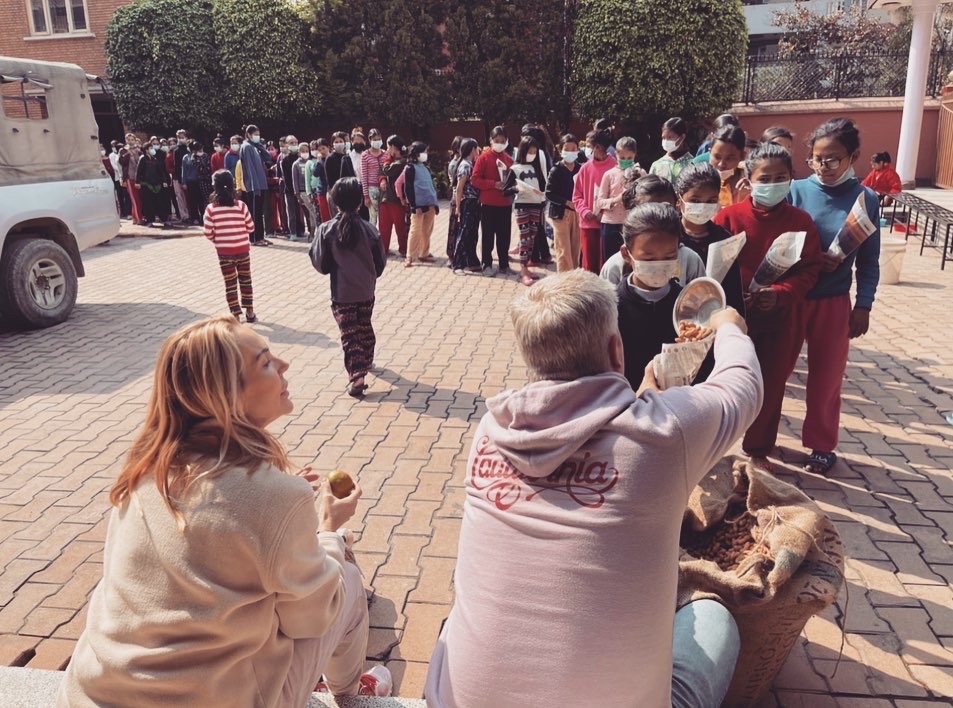 From some happy subjects to some heavier. During the Covid pandemic domestic violence, poverty, prostitution and rape increased in Kathmandu and during the past 2 years, several young girls have arrived after being raped, giving birth at Maiti Nepal and in some cases newborn babies just dumped by the shelters.

Throughout the pandemic, Anuradha Koirala has taken it upon herself to patrol Kathmandu at night, providing food to the homeless, clothes and mattresses and to women forced into prostitution she is actively helping with alternative ways for them to create an income. We joined her one evening to visit the self-made food wagons that she has donated to the women and together we enjoyed a nice meal there while, first hand, watching Anuradha in the middle all the grateful people just like she is one of them. No more no less. She is an extraordinary woman.

During the pandemic, she has helped 100 women in Kathmandu out of prostitution and she has only just started this new project.

Anuradha also works alongside the police to rescue young women trapped in the new brothels that have popped up around Kathmandu during the pandemic. During our stay, several brothel raids were being planned and a new woman arrived at the shelter. She is a 45- year old woman not having been able to pay her rent and therefore been evicted by the landlord. Now a homeless woman, she ended up in the hands of pimps and on our last day at Maiti, only a few hours before leaving for the airport, she arrived in a terrible state. She had been found lying in the gutter on a dumpster near where she normally slept at night. Her documents had been taken from her by the pimps and they had broken both her legs, leaving her unable to resist and forced to just endure whatever was being done to her.

I have seen a lot during my visits in Nepal but this was one of It was very painful to watch her as we helped to lift her out of the car, onto a stretcher and moved over to the Maiti ambulance that took her immediately to the hospital. After she had been attended there, I have been informed that she also now is HIV positive and have been moved out to Maiti Hospice where she has been given a new home. I look forward to seeing her in a better way when I visit Hospice next time.

Saying farewell is always as sad but to make it more “fun”, we decided to invite everyone for their favourite treat; oranges and peanuts! They all know that Aunty Marianne will be back soon again!

Your selected date & time is at

Your selected date & time is at